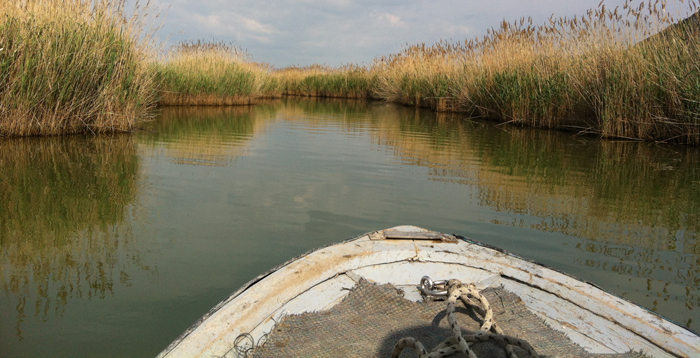 In the west Greek coastline of Ionian sea, the waters, in many spots, enter deep in the land. In these serene gulfs, the waters create natural fisheries, called Vivaria or Thivaria. This is the place where the female grey mullet -called Bafa in the local language- lives, breeds and form gonads, mainly. We are used to look first around a person -in his surrounding – and then behind him – in his past – in order to understand the circumstances that have shaped this person in the character he is. The same you will be told by the old lady that will offer to you a  juicy and aromatic tomato, freshly cut from her garden in August, as well as the fisherman of Etoliko- Mesolonghi Lagoon (and any fisherman), if you ask him:” why fishes caught in these waters are so tasty?”. He will advise you to look around you, to listen to the air shaking the clumps of reeds and barleys, to smell the earth soaked in brine, to be enchanted by that rough landscape that looks transparent.

Here, in the calm and productive waters of this gifted by nature spot, Bafas – like all other species – live protected from external hazards (larger fish). In this area they find abundant food (rich natural phytoplankton) and waters of ideal temperature. Hence, it is absolutely understood why every March hundreds of thousands of female and male Grey Mullets begin to alignment from the open sea, to the attractive  waters of this region’s Thivaria.

Submarine forests with rich vegetation plankton provide abundant food for the grey  mullets that grow, mate and reproduce there. Sometimes they attempt to escape to the high sea. The fishermen however have blocked the passages with wooden traps and this is how the fishing of the mullets starts. Naturally, not only female mullets are caught. The fishing baskets will be fully loaded of many different kinds of fishes, such as eels, two-banded breams, gilthead sea breams, sea bass and various other. The fishes are sorted out and by selecting all female mullets, the first stage of the bottarga production, officially starts.

The roes are carefully removed from the fishes. The colour of the eggs varies from almost golden yellow to, like amber, deep yellow. Zafiris Trikalinos, fourth generation of traditional avgotaraho producers, takes the fresh gray mullet roes from the Thivaria. The roes are transported in the Trikalinos premises in cool conditions, and the production process starts within the day. The roes are washed, dehydrated and immersed into natural bees wax.

Trikalinos Bottarga,respecting the legacy of producing traditional avgotaraho since 1856, has worked in collaboration with the scientific world, in order to give a final product that maintains higher humidity levels and lower salinity. Trikalinos bottarga is coated by natural bee’s wax which sufficiently preserves the product, sealing its delicate taste during its shelf life. The result of this standardized production technique is an exceptional product both in texture and taste which is classified as one of the thirty most delicious and healthy gourmet delicacies, of the world. 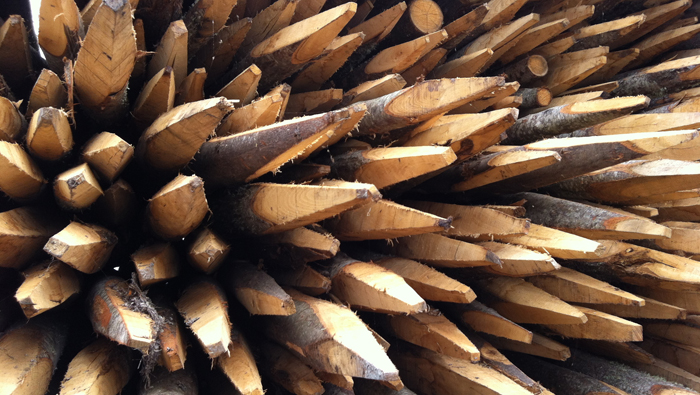 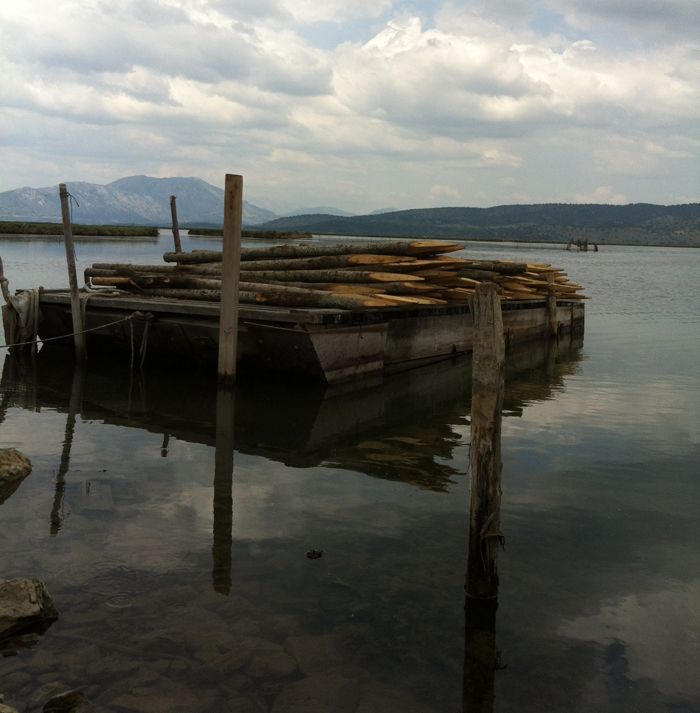